TWO to build up to 144 affordable homes at Oxford North

TWO to build up to 144 affordable homes at Oxford North 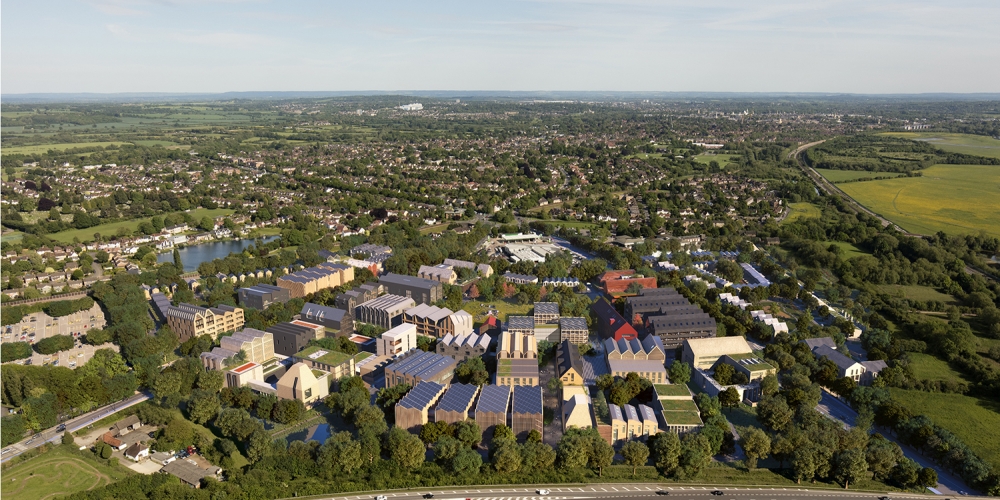 - Alternatively, 30% affordable housing, the equivalent of 144 homes, of which 60% (86 homes) would be for social rent, and 40% (58 homes) for shared ownership, should a change to the affordable housing policy tenure split be considered.

TWO is seeking to realise the vision defined for the site in Oxford City Council’s Area Action Plan of July 2015. Oxford North aims to be a new business community for Oxford, with sustainability at its heart, providing: 4,500 new jobs, 480 new homes for circa 1,500 people, small shops, bars and restaurants, circa 23 acres of open spaces including three new parks, and significant investment into the walking, cycling, bus and highway networks. Oxford North will contribute circa £150 million per year added in GVA to the economy.

TWO has always recognised the need for social investment in Oxford, in infrastructure improvement as well as affordable housing. Today’s proposal follows extensive discussions with the City Council, including a viability appraisal process, with the aim of achieving the right planning balance for the development as a whole.

TWO is providing up to £100 million in major social investment on developing infrastructure, of which circa £70 million is to be spent on green energy, power, utilities and social spaces, and up to £30 million to be spent on the road, cycle and footpath improvements in the area.

The development, if consented, and wider public would benefit from £15.9 million of additional grant funding to help deliver local infrastructure improvements, including potentially £10 million from Oxford City Council’s Homes England Housing Infrastructure (Marginal Viability Funding) (HIF) application. With the support of Oxford City Council, and Oxfordshire County Council as highways authority, and OxLEP, this collaboration has been recognised by a grant of £5.9 million for A40 improvements by central government funding through the Regional Growth Fund.

A spokesperson for Oxford North said:

“In seeking to realise the vision for Oxford North, TWO believes we must improve the infrastructure around Oxford North as part of the scheme. It has always been TWO’s stated intention to provide a level of affordable housing of at least 25%. The limit to providing more is simply the substantial cost of investment into power, utilities, and public space, alongside the infrastructure improvements to the A40 and A44 that people who live and travel in the area know are vital, and for which public funding support is now available.

“Following the viability appraisal process, we are able to provide both the infrastructure improvements and an affordable housing level of up to 30% showing how far TWO is prepared to go to support the City’s vision for this site, and for Oxford generally, and delivering up to 144 much-needed affordable new homes.”

The City Council has commenced a further public consultation with TWO having provided additional information, alongside its viability appraisal and affordable housing statement, ending Saturday 20 July 2019. All details can be found by visiting the City Council’s planning portal: http://public.oxford.gov.uk/online-applications/applicationDetails.do?activeTab=summary&keyVal=PCRSU2MFIRR00