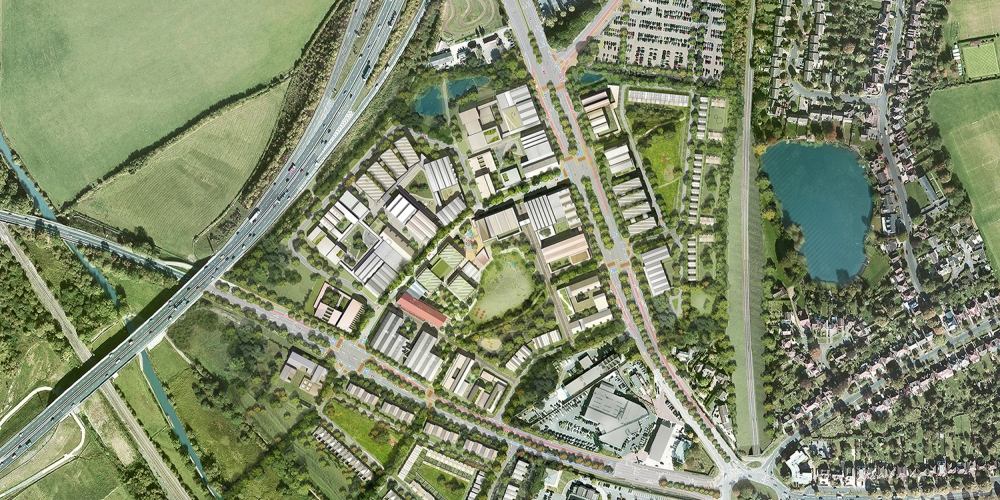 TWO, as a long term investor, subject to planning approval, has committed to deliver 35% affordable housing, the equivalent of 168 homes, of which 80% (134 homes) will be for social rent, and 20% (34 homes) for shared ownership, in line with policy requirements for tenure mix.

TWO is driven by a social purpose, to realise the City Council’s pioneering vision defined for the site in Oxford City Council’s Area Action Plan of July 2015 to provide a new sustainable district for Oxford with workspaces, homes, small shops & bars, three new parks, infrastructure improvements and much-needed affordable housing. Oxford North is forecast to contribute to the economy circa £150 million GVA per year.

A spokesperson for Oxford North said: “From the outset, Oxford North has been about investing in Oxford and making a positive impact on people’s lives and future generations.

“Over the last several years, TWO and Oxford City Council have worked on a collaborative basis with a considerable amount of work carried out to realise the City Council’s vision.

“Our offer is a result of the City Council persuading us to continue to take a long term view alongside our £100 million investment into local infrastructure and sustainability initiatives. It underlines our commitment to fully invest in the project, to assist the City Council in securing the £15.9 million government infrastructure funding that is needed for the housing, delivering a business community with new workspace for start-ups and businesses, and the much-needed 480 new homes of which 168 will be affordable homes, all of which will transform people’s lives and the wider community.

“This game-changing project will be a truly transformational and positive addition to one of the world’s greatest cities.”

Oxford City Council has announced that Oxford North’s planning application will be heard at the West Area Planning Committee on Tuesday 24 September 2019. Further information can be found here: http://mycouncil.oxford.gov.uk/ieListDocuments.aspx?CId=144&MId=5386&Ver=4